In the early sixty’s the Indian community , under the group area’s act was forced out of their of residence and reallocated to under developed areas such as Lenasia , Laudium and Actonville .The area had to be develop by the community.

In 1974 land was acquired in extension 3 Lenasia and a temporary small temple was built due to a funding problem.

As the community grew larger and the small temple could not accommodate the number of worshippers vising the temple, a larger temple had to be built. Through the community’s own effort and donations and under the chairman Shree Chotubhai Govan, the Shree Rameshwar Mahadev Mandir was built at the corner of Rose Avenue and Willow Street extension 3 Lenasia.

In 1988 a grand official opening ceremony of Shree Rameshwar Mahadev Mandir took place where people from all over the world participated in. During the years, the Mandir hosted many religious saints, cultural programs and social events. On an annual basis the following programs are also hosted:

After the demise of the chairman Shree Chotubhai Govan, a trust was formed in 2004 were Shree N G Patel was elected as new chairman. Under his leadership, various committees were formed, such as, the Management Committee, the youth committee and ladies committee. These committees were formed to encourage participation of the youth and ladies. Various education programs, religious activities and social events continued to develop. The Deepavali fireworks display is a major draw card and people from around the country attend.

In 2016 new set of trustees were appointed and Shree Chotoobhai Daya was appointed as chairman. The trustees together with the community decided that as the Mandir celebrated its 30th anniversary, the Mandir requires restoration and extension and that architect and builders from India be approached who are knowledgeable on building of Hindu structures made from marble and pink stone.

In mid-2017, contracts were signed and the restoration project will commence shortly at a cost of eight million rand. 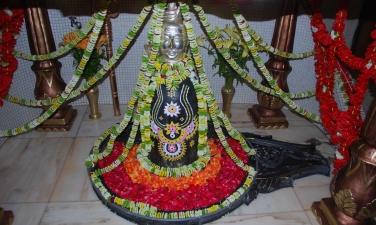 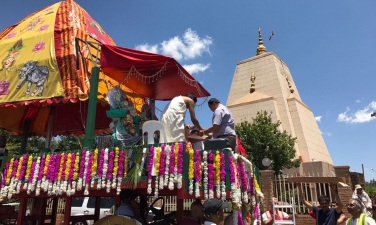 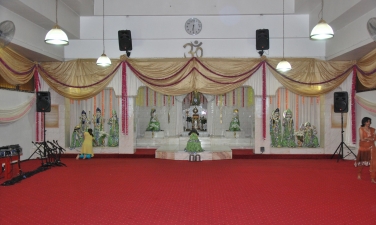 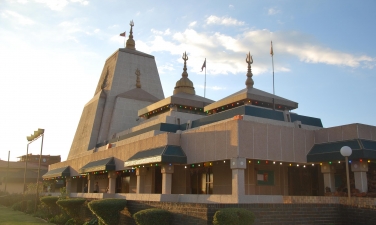 This resonates eminently within the Mahila Mandal which is a female group of volunteers that are actively participating in any activities, festivals and functions that occur at Shree Rameshwar Mahadev Mandir.

“Volunteers are the only human beings on the face of the earth who reflect this nation’s compassion, unselfish caring, patience, and just plain loving one another.” – Erma Bombeck

The Yuvak Mandal is a group of enthusiastic and energetic youth that are able to dedicate their time to the Shree Rameshwar Mahadev Mandir by volunteering and engaging with the community at large with various programs running at the Mandir. The group is about learning and lending a hand in order to make a difference.